How Does Home Solar Power Work?

The “tipping point” is no longer proverbial, and scientists tell us that we’ve got roughly 20 years until our climate cannot recover from human damage. Whatever that entails, we’re sure that it won’t be pleasant for life on earth.

If we want to halt climate change, we’ve got to start making some changes. Big corporations need to overhaul their ways and individuals have to be more sustainable.

Part of that involves creating sustainable energy at home. We’re going to explore solar power today, giving you the ups and downs of how it works. So, how does home solar power work?

How Does Home Solar Power Work?

It all starts with the sun, of course.

The sun’s massive weight compresses hydrogen with so much gravity that the tiny atoms vibrate fast enough to break their bonds, fusing into one another. When fusion occurs, these hydrogen atoms come together to form helium.

In the process, though, each hydrogen atom loses an electron which gets released into space as energy. Each tiny electron produces a mammoth amount of energy in the style of E=Mc^2, and there are billions of electrons on the sun turned into energy every second. The result? Enough energy to fuel life on earth and light our solar system. That energy comes to us in the form of photons, carrying levels of photon energy that are inversely proportional to the photon’s wavelength.

There are a few types of solar panels. All of which work according to something called the “photovoltaic effect.”

These “photovoltaic” materials convert photon energy directly into electricity. We owe some thanks to Albert Einstein and Edmund Becquerel for this technology, as those two individuals explained and discovered that certain materials would produce electricity when exposed to sunlight.

When it comes to solar panels, the photovoltaic effect is facilitated by something called a “solar cell.” Solar cells are created with silicon and include semiconductors just like the ones in the device you’re using to read this.

When light shines down and hits the solar cell, electrons already contained in the silicon get knocked loose! This semiconductor is built specially to form positive and negative electric fields on either side of itself.

This electricity exists in a direct current (DC).

Scaling Up to A Panel

Solar cells are very tiny. Alone, they’re not capable of capturing that much energy. You can connect individual solar cells together to continue the circuit, though.

Connecting numerous cells in the appropriate places allows each cell to gather electricity and incorporate it into the larger circuit. When you piece 20 or 30 cells together, you form what’s called a “solar module.”

Each panel harvests a significant amount of DC electricity. The amount of electricity that comes from your panel is directly related to the amount of sunlight it receives.

More specifically, the wavelength of the sunlight your panel receives determines its output. Placing your panel in direct sunlight for long periods of time is the best option.

Cloudy, shady, or overcast areas with indirect sunlight won’t produce as much power. If you position your panels well, you can expect each one to produce up to 400 watts.

There are three primary types of solar panels.

The most popular solar panel in use today is called a “monocrystalline” panel. These panels use the “Czochralski method.” This method requires that a large amount of pure silicon is heated and turned into a vat.

Once the molten silicon is ready, a piece of crystal silicon gets dropped in. The crystal silicon and pure silicon join to form an ingot. This chunk of silicon then gets sliced down into tiny little pieces called “wafers,” which serve as the most important part of each solar cell.

These panels get made in a similar way to monocrystalline panels. The creation process is a little different, though, and the end result is that a couple of distinct crystals form.

The result is that efficiency drops a little. Monocrystalline cells have a purer form of silicone, whereas the cloudiness of the polycrystalline halts electricity in a small way. Thin films typically find their place in large-scale settings. Areas that can host massive stretches of solar paneling are the only places that make sense to use these panels.

They’re composed of various substances that have photovoltaic effects, although their purity is very low and they’re not able to harness as much electricity per panel as the options above.

If you’re looking for an affordable panel, though, film panels are your best option. They aren’t practical if you’re powering your entire home, though.

The direct current electricity harvested by solar panels can’t be used in our homes. Homes require the electricity to be in an “alternate current (AC).”

The difference between these two forms of electricity is the way the electrons move through the circuit. In a direct current, the electrons move in one direction and in a straight line. If you were to look at the electrons in terms of frequency, their frequency would be zero because they move in perfect order.

Because of this, direct current electricity can’t be altered very easily. It’s easy to store DC electricity but it’s not easy to manipulate it to power various devices, run through wiring or put it through other applications.

Alternate current electrons oscillate regularly and produce a particular frequency that’s easier to manipulate. This frequency is 60Hz in the United States.

Home appliances and outlets require various frequencies and wattages, so alternate current electricity is needed. In order to switch your DC solar electricity to AC electricity, you need a solar inverter.

Your home might have a “string” inverter already in place. These inverters take any type of DC energy and turn it into an alternate current. In most cases, that means taking energy from the electrical grid and inverting it for use in one’s home.

Connecting The Inverter to Your Electrical System

Inverters have to send electricity at the correct voltage to your home electrical system. In most cases, the required voltage is somewhere between 120 volts and 240 volts.

Once that connection gets made successfully, you’re ready to use the power from your solar panels! The process is fairly simple when you strip all the science out of it.

Just think about the panels turning sunlight into direct current electricity, the inverter making that electricity useful, and the whole system sending that power into your home. The basic process is really as simple as that.

Interestingly, you can send energy out into the grid if you produce more than your home requires. Excess loads of energy get sent back into the general grid through your electrical utility meter.

Talk with your solar installer about getting a special electrical meter. You should also discuss this with your municipal electrical company. There are meters that measure the amount thats’ sent back into the grid, adjusting your energy bills accordingly.

There are certain benefits to doing this. If you produce enough energy in certain states, you can sell that energy to the grid for a significant cost. You might also get various tax benefits or credits to use in various ways.

The specifics of those programs vary from state to state and they’re always changing. If you’re thinking of using solar panels, it’s a good idea to look into the type of incentives that your state offers.

There’s a lot to think about before you start installing panels. There are numerous options available to you and all of them come with pros and cons.

Further, you have to think about the process of installation and the amount of work you want to do yourself. The following tips should help you streamline your process and get you running solar power in the most effective and easy way.

The first thing you should do is call a professional solar panel company. They’ll fill you in on the specifics of your situation.

They can help with the size of panels, the number of panels, and the placement of the solar cells on your roof. If you have a unique property or home, there could be better places to situate your panels. Professionals are trained at spotting the best places to install panels.

Further, they’re able to help you work out all the details with the inverter and connection to your home grid.

2. Work with an Electrician

If there is anything that you’re not sure about, call an electrician. The chance of electric shock increases greatly when you start messing with your home circuitry.

Even connecting your panels to a pre-installed string inverter can be dangerous. There’s no reason to do these things yourself if you don’t have to. The danger outweighs the small fee you might get from an electrician for this simple job.

3. Start Small and Work Up

The beautiful thing about solar panels is that they can supplement your existing energy source. You don’t have to make a full-scale switch at any time.

A few panels this year could reduce your energy bill and offset your electrical use by a small percentage. Next year, you can add another panel and creep your way toward a full solar-powered home. Once you start to introduce solar, you’ll also become aware of your energy use.

Gradually, try to reduce usage to the point where you can rely on solar power without a large installation expense. Think about things like vampire power, appliances that get left on, and more. When you make a small change, you start to see just how much electricity goes to waste.

You could find that introducing a single solar panel revolutionizes the way you look at your relationship with fossil fuels, technology, and more.

4. Expect to Save Money Solar panels, by nature, pay for themselves. If you make a full transition, you cut out all of your energy bills. Depending on the size of your home, that could mean hundreds of dollars per month.

After a few months, you’ll save the total cost of installation and panels. Beyond that, you’re netting thousands of dollars per year in savings. The only costs after that are normal repairs and maintenance.

If you take care of your panels, they should last you a very long time. You can think about replacing them after a decade or so when their efficiency starts to decrease.

How does home solar power work? Your panels harvest free energy from the sun, saving you money and saving the earth in the process. There’s a lot more to learn, though.

We’re here to help. Explore our site for more ways to save money, improve your carbon footprint, and a whole lot more.

Hedge Fund vs. Private Equity: What Are the Differences? Read More
Table of Contents What Is Net Metering?How Does Net Metering Work?So, Why Is It Valuable for Homeowners?Working With…
TTechnology 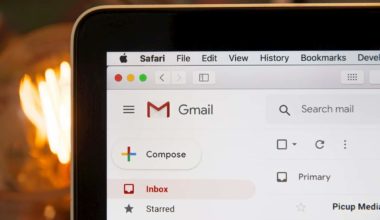 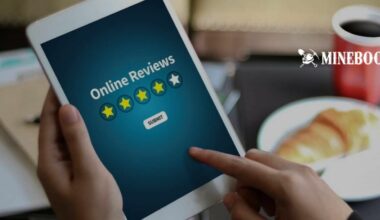 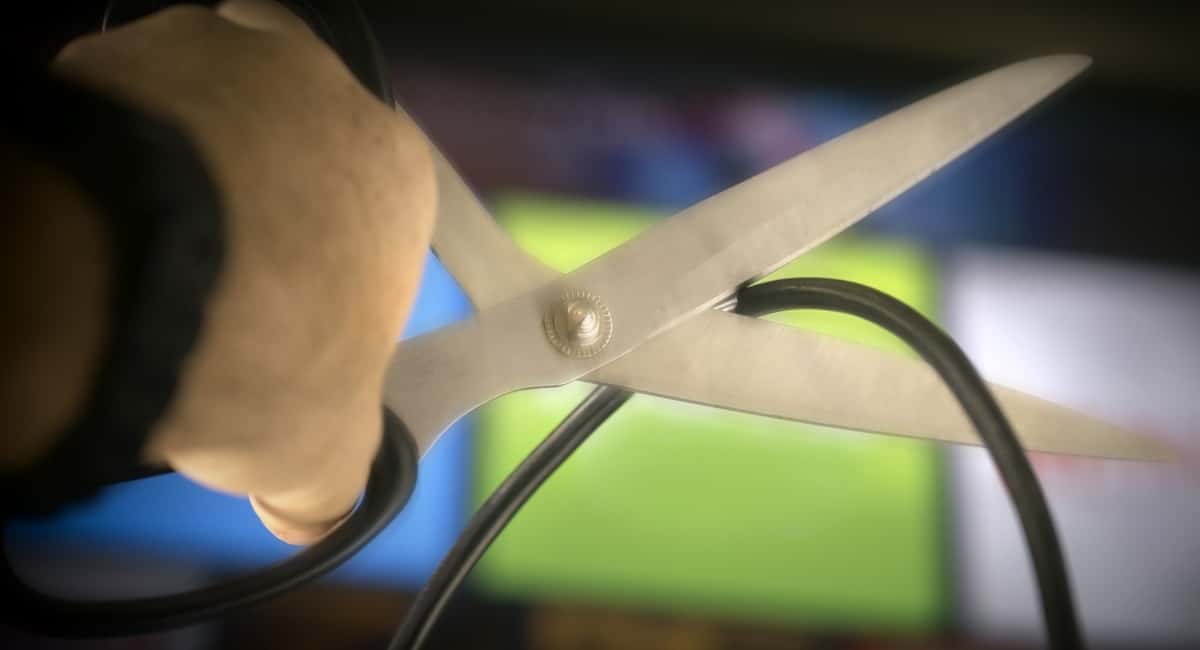 Read More
Hands down, these are the top five best streaming services–that just might entice you give up your cable…